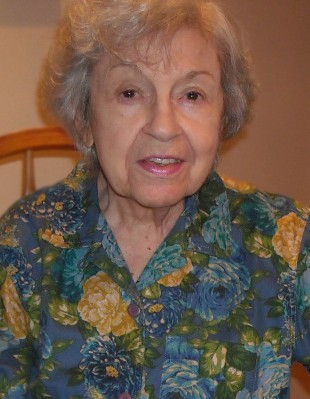 Armenia “Min” Gustafson (Montifeltro), 95, of Bloomington, MN peacefully returned to her heavenly home on April 9, 2021 at Havenwood Memory Care of Richfield. Min was born in Cooley, MN in 1925 to Fortunato and Francesca Montifeltro who immigrated to the United States from Reggio Calabria, Italy in the early 1920s. Min attended Nashwauk-Keewatin High School and was known for her athleticism participating on a state championship girls swimming team as a relay swimmer and as a high energy football cheerleader. Min married Norman Gustafson on July 1, 1950 in Nashwauk, MN. Norman was a Naval Aviator during World War II and then transferred to the Air Force, achieving a rank as Chief Master Sergeant. Min traveled the world as an Air Force wife living on airbases in the Philippines, Madison, Twin Cities, Duluth, Newfoundland, Grand Forks, and finally, Germany. During this time of travel, Min and Norman raised two children, Gregory and Joette. Min enjoyed collecting travel mementos and still loved to show them off years later. Also, along the way, Min developed advanced photography skills shooting mostly 35mm slides. Her camera of choice was an Argus C-4 50mm f/2.8, along with a GE type PR-1 exposure meter. She continued her creative side as a master cake decorator and a hobby seamstress. After Norman’s retirement from the Air Force, they settled in Bloomington, MN. Norman died in 1977 and Min went on to have a working career at Control Data doing detail work creating disc drives. Her life was filled with joy living on a golf course with her special companion for many years and spending winters in Florida. Some of her best memories were with her sisters enjoying the Florida life and dancing. Always dancing. Min is survived by her children, Gregory (Dianne) of Bloomington, MN, Joette of Eagan, MN; two grandchildren Ryan and Blake; sisters, Jeanette (Nana) O'Callaghan, Sarasota, FL, Virginia (Gin) VanSchalscha, San Rafeal, CA, Grace (Dollie) Rocchio, Nashwauk, MN, Rose Becker, Riverside, IL; Rita Eddy, Henderson, NV, Gloria (Gordon) Johnson, Pillager, MN, brother; John (Anne) Montifeltro, Melbourne, Australia; many nieces, nephews, and friends. She is preceded in death by her husband Norman; sister Frances (Che Che); and special companion, Kenneth Hampton.  Interment at Fort Snelling National Cemetery will be held at a later date.

A service summary is not available

Plant a tree in memory of Armenia "Min" Gustafson

A Memorial Tree was ordered in memory of Armenia "Min" Gustafson by Gin (Montifeltro) Van Schalscha and family.  Plant a Tree

The Oney and Johnson family

We are all sorry for your loss of your mother. Our thoughts and prayers are with you and the family. A beautiful angel has been call home.
The Oney and Johnson family

A Memorial Tree was ordered in memory of Armenia "Min" Gustafson by The Oney and Johnson family .  Plant a Tree

A Memorial Tree was planted for Armenia "Min" Gustafson

Plant a tree in memory of Armenia "Min" Gustafson